* Note
– The ticket is available at Donggunggwawolji (Anapji Pond), Poseokjeong Pavilion Site, Five Royal Tombs, Tomb of Kim Yu-sin and Tomb of King Muyeol.
– The ticket remains valid for use 3 days after purchase. (* Please be advised that after using the ticket, it can only be used for that day and will become non-refundable.)
– One ticket can be issued regardless of the number of visitors.
Description
Large ancient tombs of kings and nobles of the Silla Kingdom can be seen around Gyeongju at the Daereungwon Tomb Complex (Cheonmachong Tomb). There are twenty-three large tombs located here; the most famous being Cheonmachong and Hwangnamdaechong.
In an excavation of the area in the 1970s, Cheonmachong was discovered with a painting of a mounted horse. This painting is the only discovered painting from the Silla era. You can also view the inside of Cheonmachong. There are 11,526 remains and royal crowns inside the tomb, demonstrating the lavish lifestyle of the king. Another tourist attraction is Hwangnamdaechong, the largest ancient tomb. It houses the bodies of both the king and queen and has over 30 thousand relics and gold accessories.
The unique thing about Hwangnamdaechong is that the queen’s tomb has more luxurious accessories. Researchers have concluded that even the queen can have a high social position before marriage. You can feel the ancient culture of Korea 1,500 years ago when visiting these tombs.
Directions
Seoul to Gyeongju
[Train]
From Seoul Station, take a train to Singyeongju station.
(Express KTX Line: operates 20 times a day / Travel Time: 2 hours)
* Operating hours changes on week and weekend.
-OR-
From Seoul Station, take a train to Gyeongju Station.
(KTX – Mugunghwa Line: operates 18 times a day, stops at Dongdaegu Station / Travel Time: 3 hours)
[Bus]
From Dong Seoul Bus Terminal, take an intercity bus bound for Gyeongju Intercity Bus Terminal. (Operates 25 times a day / Travel Time: 4 hours)
Dong Seoul Bus Terminal: +82-1688-5979
Gyeongju Intercity Bus Terminal Service Center +82-1666-5599 / Office: +82-54-772-2377
Gyeongju Intercity Bus Terminal +82-54-772-2377
Gyeongju Express Bus Terminal +82-54-741-4000
Korail Customer Service: +82-1544-7788 / English service: +82-1599-7777
Gyeongju to Cheonmachong Tomb
From Singyeongju Station, take Bus 60, 61 or 700 and get off at GeumseongSageori (4-way intersection) Bus Stop.
Walk back to the intersection and turn right.
From Gyeongju Bus Terminal, walking away from the river, go straight 700m (about 12 min).
Gallery * Click images to enlarge 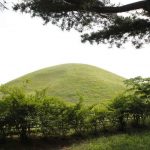 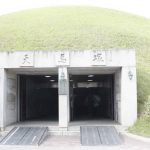 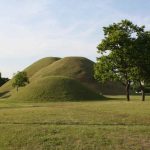 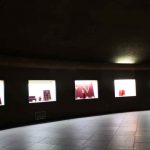 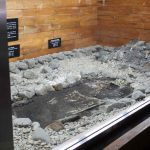 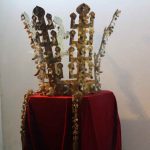 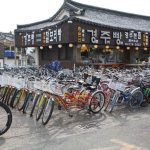 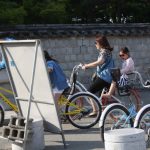 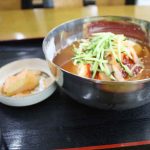 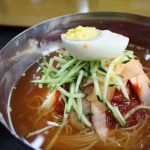