D.M.Z, the safest battlefield in the world
One&only D.M.Z. in the world-Imjingak park&Dora Observatory
Demilitarized Zone, only exist in Korea. The world 11th economy by GDP is still on ceasefire. It is not finished yet. They guard against each other on only 8 km distance. But it is the most wanted visit places of foreigners visiting Korea. How irony is that? You don¡¯t have to worry about safety. More than one million people are visiting this place and even US president and Hollywood movie stars are visiting this place as well.

There is a tunnel to be used during the battle. Of the 4 tunnel, closest tunnel from Seoul is 3rd tunnel. It might be very thrilled experience for you. You may see the North Korea by telescope. It is about 40 minutes away from Seoul and you may reach it by public transportation (takes about 2 hours since it is isolated place). Easier way to visit this place is take daily tour to DMZ, organized by city tour agencies. You will have English tour guide explain about this place as well. They close on every Mondays. If you want to join DMZ tour, just search DMZ tour, DMZ Korea, DMZ South Korea or South Korea DMZ tour on Google. You will find travel agency where operates DMZ tour regularly.
Imjingak park
Imjingak park located at 50km northwest of Seoul was built for 5million people who lost home. Major facilities include North Hall where you can get a view of lifestyle of North Korea. 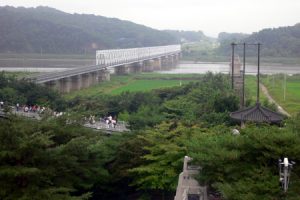 Freedom Bridge
Freedom Bridge is located at 2 kilometers north of Munsan, and it is the only path that connects between the south and north around Imjin river. It was originally the Kyung-eu railway bridge, and reconstructed to the road bridge later. 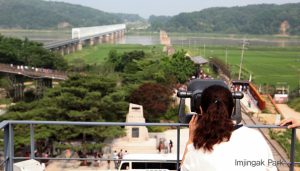 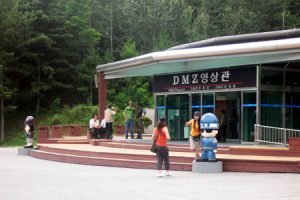 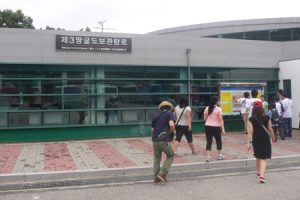 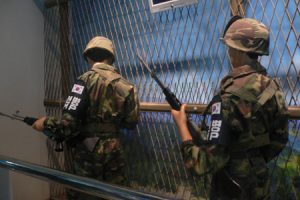 The third tunnel was discovered in October of 1978. 1.95 meters high, 2.1 meters wide and 1,635 meters long, it penetrates 435 meters south of the military demarcation line and ends at the Truce Village of Panmunjeom.

Dora-Observatory
From Dora Observatory, tourists can view the North Korean propaganda village in the DMZ and as far north as the city of Gaeseong. 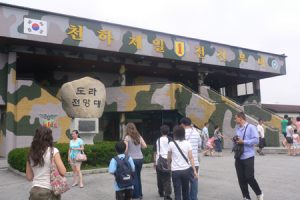 Dorasan station
52 years of anticipation, waiting for the day when the two countries will be united once again. Dorasan station, the northernmost station in South Korea, has planned to connect the Gyongueisun(Line) and it will be linked to the European continent via the Siberian Railway.

Meaning of a border
The border area between South and North Korea is called by DMZ(De-Militarized Zone), CCZ(Civilian Control Zone) or CCA (Civilian Control Area).
DMZ
The military demarcation line was established according to the Armistice Agreement in 27 July 1953. DMZ is the place formed by the agreement that both parties should retreat 2km from the line.
Total 1,292 signboards of the Military Demarcation Line were established from Imjin riverside to the east coast. 696 signboards have been controlled by the U.N. Forces and the rest are under the control of North Korea and China. Contrary to the Armistice Agreement, both parties have not observed the principle that they should retreat 2km from the line.

CCZ(Civilian Control Zone)
Civilian control line is the agricultural line, which was established by the commander of the 8th U.S. Army Corps in Feb. 1954 to restrict entering and farming of civilian. The agricultural line was changed to the civilian control line since military carried out the duties of defense. Civilian was allowed to enter or stay for agriculture. As a result, more than 100 villages had generated between 1959 and 1973; 99 independence & stability villages, 12 reconstruction villages, and 2 unification villages. Also, the villages had made with purpose of facing propagation village of North Korea. Although civilian control line had been proceed northward according to the request of lightening restrictions for the procedure of entering and farming facilities in the 1980s, the number of villages decreased to 105 in the 1990s.
Scope of DMZ
Where DMZ exists is described clearly in the first article, the Military Demarcation Line and DMZ of the Armistice Agreement. The first signboard of the Military Demarcation Line, 0001, was established along Imjin River and the last one, 1292 was set up at Dongho-ri of the east coast. It reaches 248km(155mile) on the ground and 200km on the west coast.
The size of DMZ is 907§´ long which is one 25ths of the gross area of the Korean Peninsula, 22000§´.
Civilian control line is 5~20km south of the Military Demarcation Line and the gross area is 1,528km2. The commander of the 8th U.S. Army Corps established it in Feb., 1954 for convenience of control. The area is not the place for residence or business and entering of civilian is prohibited.
Background of DMZ
Korea was liberated from the invasion in Aug.1945 as Japan surrendered and it resulted in the end of World War II. U.S. had started to confront with U.S.S.R about how to manage Japan and Korea after war.
The reason of opposition is that they have different opinion and hold each other in check; U.S dreamed about domination of the world and U.S.S.R had grown up to a powerful country. Also, trusteeship and divided occupying, which U.S planned as the way of resolution for the Korean Peninsula, was one of restraint. The 38th Parallel, which had decided by U.S one-sidely, was agreed by U.S.S.R on 16 Aug.1945. This is the beginning of direct opposition each other.
The Korean Peninsula was divided into two, South and North, which have its own government in 1948 and 6.25 War broke out in 1950. After that, the Armistice Agreement was put the seal in July 1953. The armistice line is the troop disposition line of truce that is installed by the mutual consents among a supreme commander of the U.N., a commander of people¡¯s army of North Korea and a commander of people support army of China. In accordance with Clause 1, Art. 01 of the Korea Armistice Agreement, there should be one military demarcation line and both parties had to retreat 2km from the line. The armistice line is the same as the military demarcation line, which reaches 248km(155mile) to the land and around 200km to the west coast.
DMZ is the place where entrance and exit or development has restricted for the purpose of military for ages. In other words, DMZ is a neutral zone whose gross area is around 30~40km including 4km(2km X 2) of DMZ and the civilian control zone, (5~20km X 2).
Gallery   *Click images to enlarge 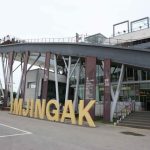 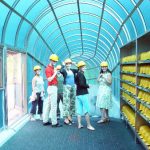 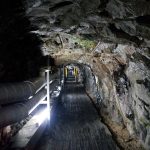 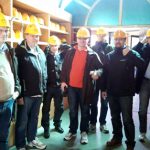 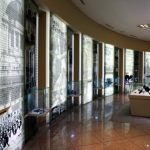 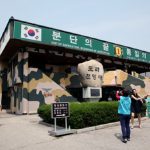 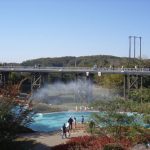 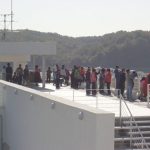 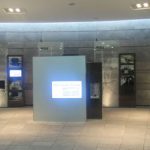 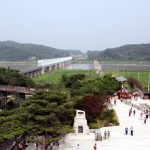 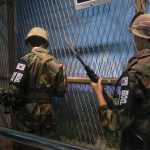 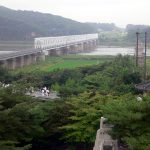