A grandma started her own food stall and has been took over by her daughter-in-law, the second owner of the shop for 40 years.
Sundae at this shop contains 9 parts of  beef including large intestines and stomach, and sticky rice, clotted blood and vegetables. It is characterized by making Sundae at home at every day as much as sold on the day.
Sundaeguk 6,000 won 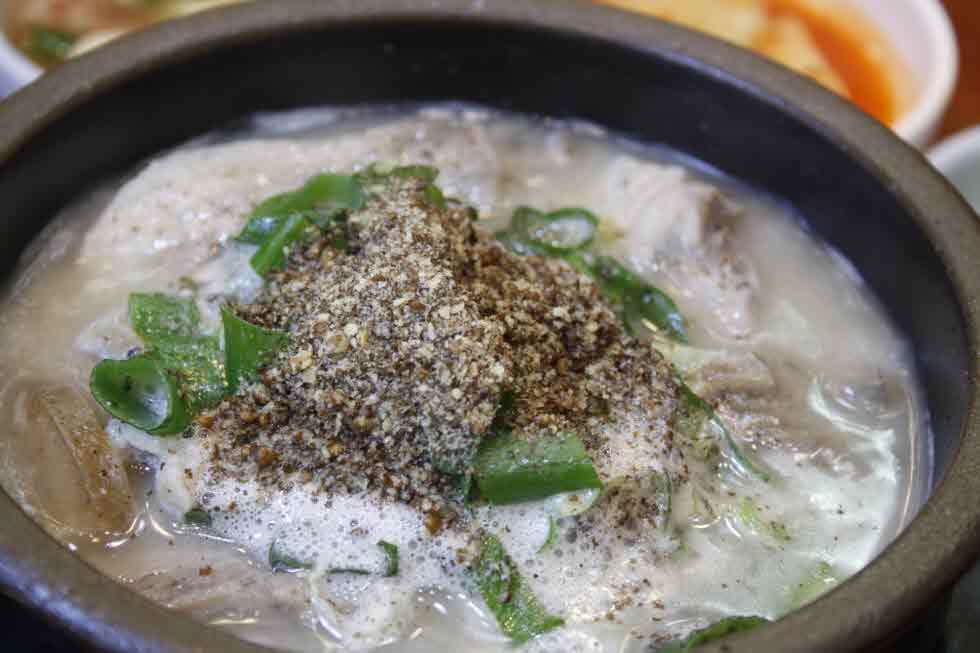 If you want to add flavor, put seasoning to make your soup original 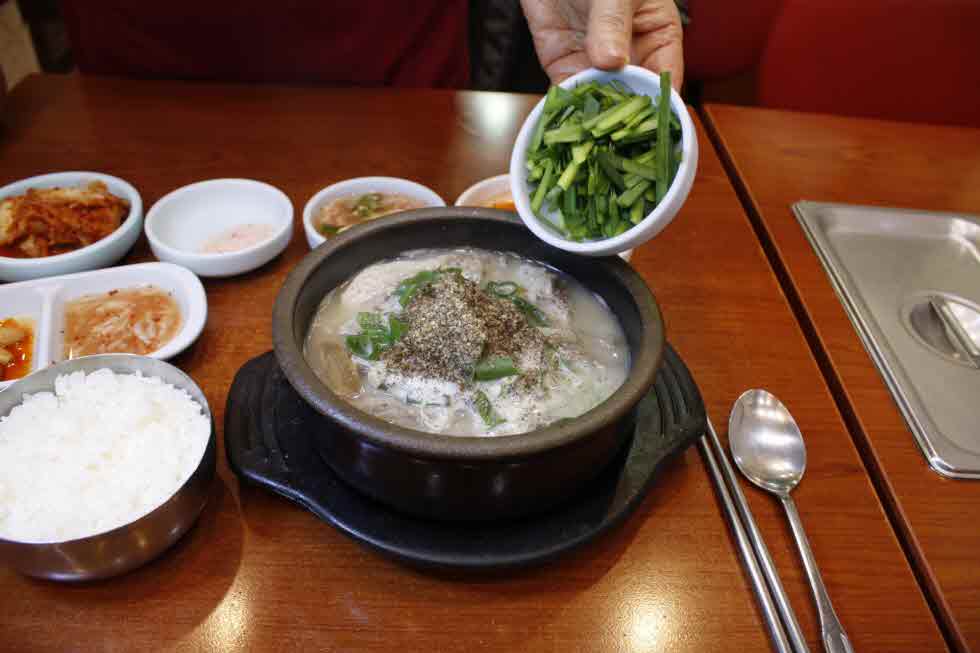 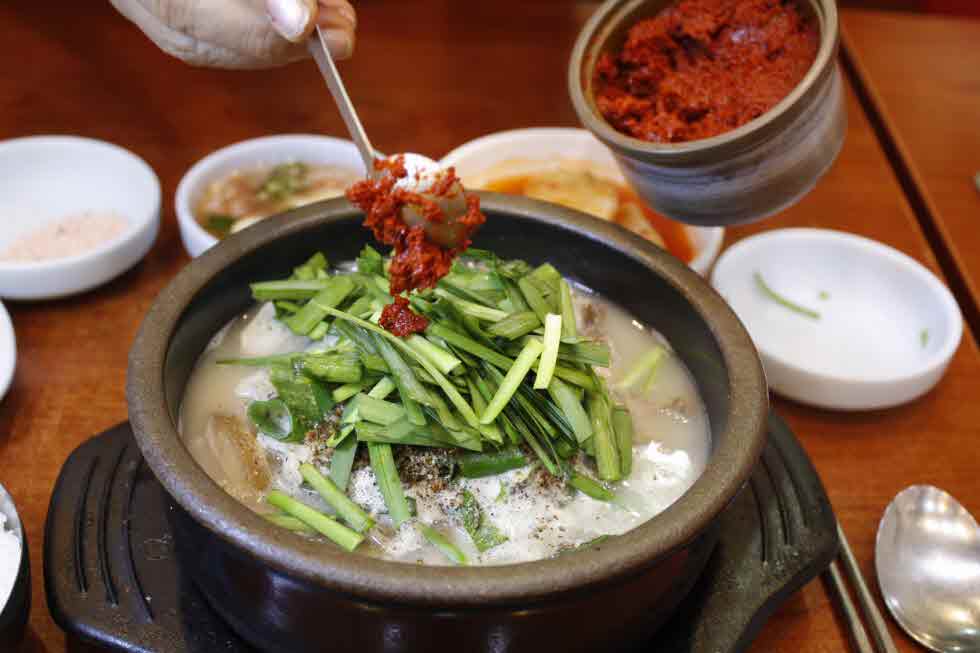 Slices of green chilies also can make the soup spicier

This salty seasoning made of  small shrimp 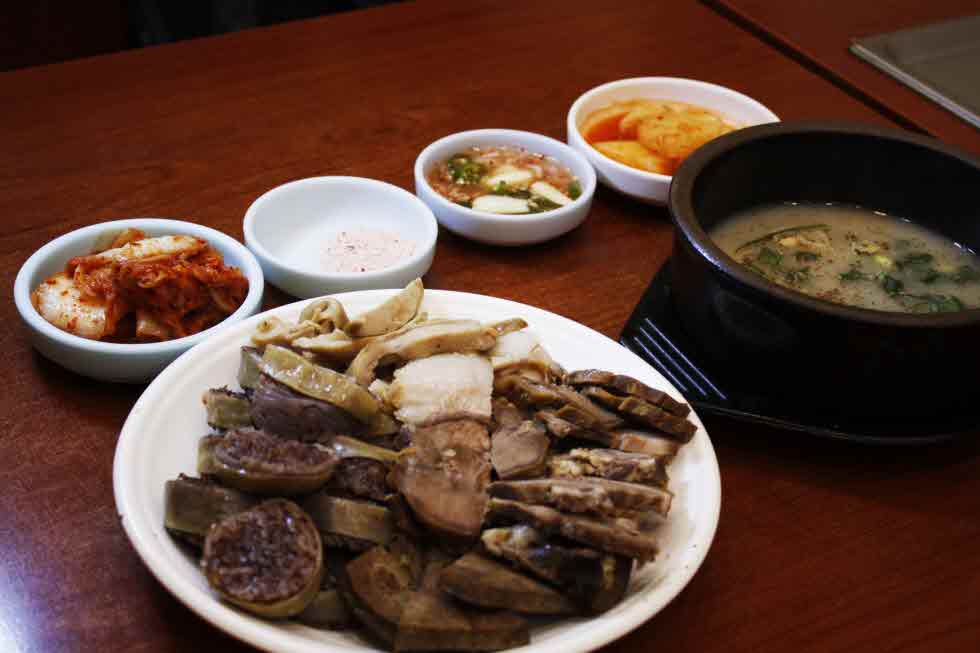 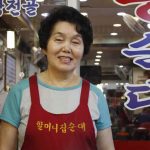 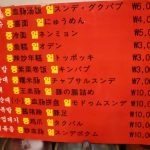 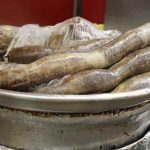 Sundae will come after cutting into pieces. 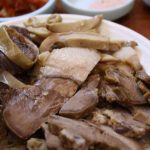 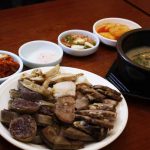 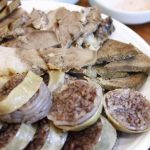 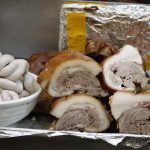 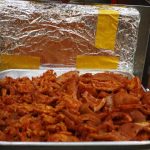