Address: 28, Toegye-ro 34-gil, Jung-gu, Seoul
Address in Korean: 서울특별시 중구 퇴계로34길 28 (필동2가) 일대
Admission Fee: Free
Phone: +82-2-2264-4412
Closed on every Tuesday (However, if Tuesday is a holiday, the next day is closed.)
If you get off at Chungmuro Subway Station, you are right in front of NamsangolHanok Village (traditional Korean village). You may consider it interesting to find this area standing between the tall buildings. This village has five restored traditional Korean houses and a pavilion, a pond and a time capsule, which make it a perfect spot to take a walk.

View Larger Map
Description
When you enter the front gate, you will see the vast valley and the Chunugak building to the left of the pond. Along with the pond, it is a splendid place where performances are held. On the side you will see five traditional houses. These houses were rebuilt after the traditional houses of Joseon Dynasty and belong to those of various social classes, ranking from peasants to the king. The furniture in the house is situated to help guests understand the daily life of the past, and the clean, traditional houses and their antique items provide a great photo op. If you would like to check out some souvenirs, stop by the traditional craftwork exhibit where you can buy small dishes and other items. You can also have traditional tea and refreshments. On the grounds, there are traditional games you may try such as ‘neolttwigi’ (sea-saw jumping), ‘tuho'(arrow throwing) and ‘yunnori’ (traditional game of throwing wooden yut sticks). Don’t forget to go see the traditional marriage ceremony! During the weekends, traditional marriages are shown at BakYeongHyo’s Residence. The traditional marriage ceremony is an interesting event for both Koreans and foreigners and many gather to watch. During the winter season (November to February), there are not as many wedding ceremonies as held in the spring and fall. Weddings are typically held around noon or 1 p.m. and visitors can take pictures with the husband and wife wearing traditional wedding costumes. There is also a time capsule commemorating Seoul’s 600 Year Anniversary that was buried in 1994 and is scheduled to be reopened four hundred years later in 2394.
Gallery * Click images to enlarge 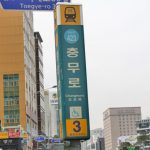 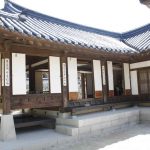 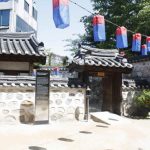 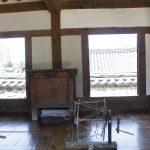 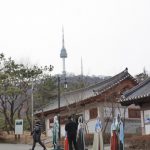 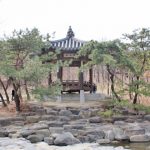 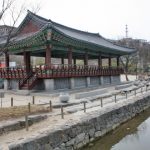 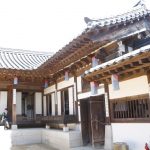 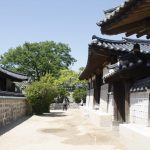 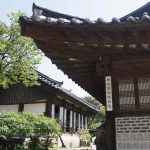 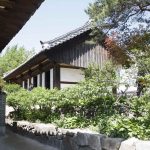 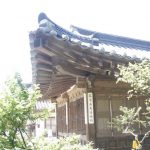