* Closure: Every Tuesdays and 1st of January
Price Free
Regularly scheduled commentary •Place of gathering: Information desk in the Lobby on the 1st floor

English: 10:30 / 14:30
Japanese: 11:00 / 15:00
Chinese: 09:30 / 13:30
※ Commentary for exhibits conducted in foreign languages is only available for foreign visitors.
History
The museum was established on 8 November 1945 by the U.S. Government and opened on 25 April 1946 at the City Administration Memorial Hall. When the museum was merged with National Museum of Korea, its collection of 4,555 artifacts was moved to the latter’s Mt Namsan site. In 1975, when the National Museum moved onto the grounds of Gyeongbokgung Palace, it moved along with it into the Modern Art Museum Building. In 1993 it opened in its present site, which was the former site of the National Museum of Korea. The building’s design is based on various historical buildings around South Korea
Collection
The museum has three main exhibition halls, with over 98,000 artifacts: History of Korean People features materials of everyday life in Korea from prehistoric times to the end of the Joseon Dynasty in 1910; Korean Way of Life, which illustrates Korean villagers in ancient times; and Life Cycle of the Koreans, which depicts the deep roots of Confucianism in Korean culture and how this ideology gave rise to most of the culture’s customs.
The museum also features open-air exhibits, such as replicas of spirit posts where villagers used to pray, stone piles for worship, grinding mills, rice storage shelters and pits for kimchi pots 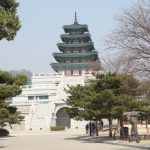 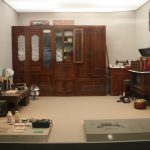 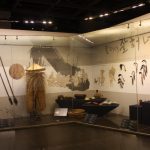 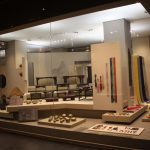 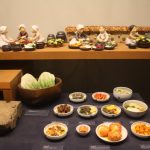 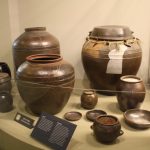 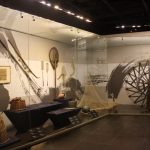 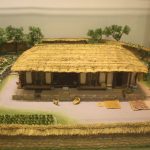 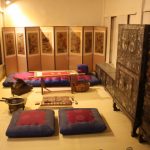