Religion
Korea is a country where all the world’s major religions, Christianity, Buddhism, Confucianism and Islam, peacefully coexist with shamanism. Given the great diversity of religious expression, the role of religion in South Korea’s social development has been complex; and some traditions are best understood as important cultural properties rather than as rites of worship. According to the 2005 statistics, 53% of the Korean population has a religion, while the 2008 statistics show that there were over 510 religious organizations in Korea. Among them Buddhism and Confucianism have been more influential than any others upon the life of the Korean people and over half of the country’s listed cultural heritage are related with the two religions. Since its arrival in Korea in 372, Buddhism has produced several tens of thousands temples across the country and currently has more adherents than any other religion. 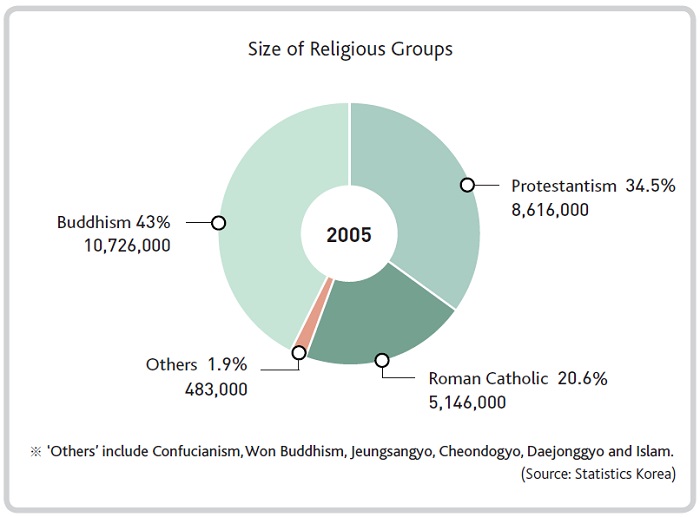 Diversity in Religious Life. Now rapidly on its way to becoming a multi-ethnic, multi-cultural, and multireligious society, Korea protects religious diversity by law. People in Korea are free to lead a religious life according to their own choice and convictions, whether as followers of one of the major religions, namely, Christianity, Buddhism, Confucianism, and Islam, or as adherents of Korean native religions such Won Buddhism and Cheondogyo.

Adopted as the state ideology of the Joseon Dynasty (1392- 1910), Confucianism was more a system of ethics than religion and stressed the importance of loyalty, filial piety and other virtues. Confucian followers also valued ancestral worship in the belief that the ancestral spirits can affect the life of their descendants, and tried to find auspicious sites for the graves of their ancestors. Today, however, more and more people are turning from the practice of burial to cremation. 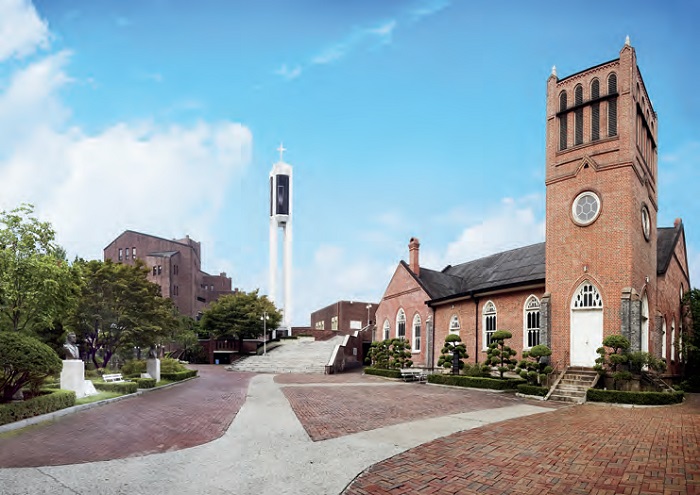 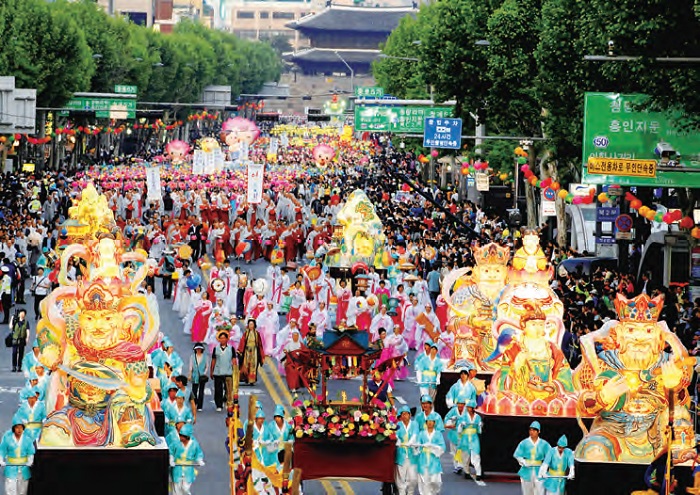 Lotus Lantern Festival. The festival celebrates the birth of Shakyamuni Buddha on the 8th day of the 4th lunar month.

Catholicism was introduced to Korea from China through the envoys of late Joseon who visited Beijing and the Western priests who followed them. The early Roman Catholics in Korea were subjected to severe persecution, but the religion continued to spread among the common people across the country. The persecution of Christian believers by Joseon’s rulers led Korea to yield the world’s fourth largest number of Christian saints.
Protestantism was brought to Korea during the late 19th century by North American missionaries, and quickly won people’s hearts through school education and medical services. Even today, Protestants in Korea operate a great number of educational institutions, middle and high schools, colleges and universities, and medical centers. 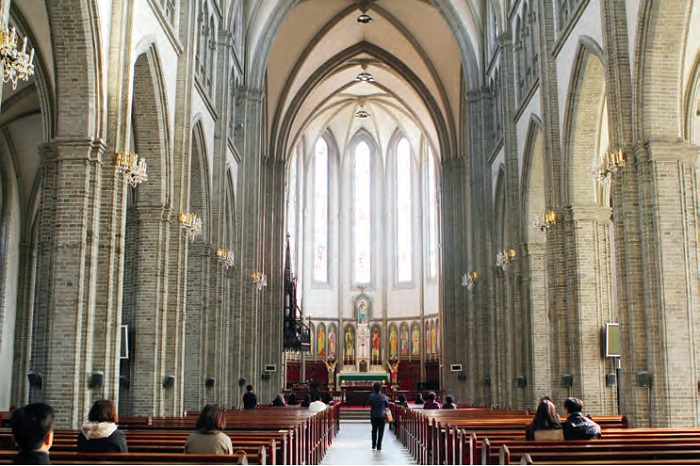 The interior of Myeongdong Cathedral in Seoul 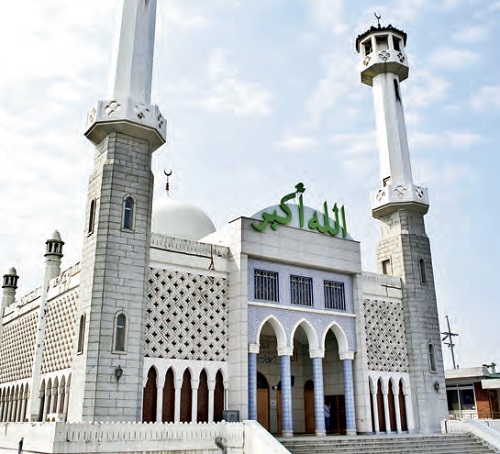 In Korea there is a rich array of native religions such as Cheondogyo, Won Buddhism and Daejonggyo which, although suffered various vicissitudes of modern Korean history, are still active in increasing the number of their adherents. Cheondogyo, formed on the basis of the Eastern Learning (Donghak) of the 19th century, maintains the doctrine that “Man is Heaven,” which exerted a strong influence upon the process of modernization in Korea. Daejonggyo, established in the early 20th century to worship Dangun, the founder of the first Korean state, also affected the life of ordinary Korean people, boosting Korean nationalism. In 1955, there appeared the Islamic Society of Korea and the first Korean Imam, followed by the foundation of the Korean Muslim Federation in 1967. Islam currently has about 60 places of worship across Korea and there are about 100,000 Korean Muslims. In addition to the major religions, shamanism has also played an important part in the daily life of the Korean people, trying to help them connect with the spiritual world and making predictions about their future.