View Larger Map
Introduction
The Songsan-ri Tombs and Royal Tomb of King Muryeong (reign 462-523) contains representative relics of the Baekje period (234~678). The Songsan-ri Tombs contain the graves of kings from the period when Baekje’s capital was Gongju, and it is believed to contain 10 such graves. Only seven graves have been discovered so far.
The biggest attraction of Songsan-ri Tombs is the wall painting drawn on the number six tomb – it is the only art of its kind in the world, drawn from the way the bricks were laid to create the wall. The tomb is shaped like a long tunnel, the top rounded like a dome. There are pictures of fire-breathing dragons on the tomb. Only the parts of the wall where the pictures were to be drawn had earth coated on, and on that earth was drawn Sasindo – the blue dragon, white tiger, red peacock, and black turtle.
The popular Tomb of King Muryeong is the 7th tomb, and it is the resting place for Baekje’s 25th King Mu-Ryeong and his Queen. This tomb was discovered accidentally when installing pipes to prevent tombs number 5 and 6 from being flooded. Tomb of King Muryeong was found to be unusual in the way it was built and what it contained. It was built with bricks like the 6th Tomb, and many national treasures were found inside, supplying scholars studying Baekje culture with precious research material. There were 108 kinds of artifacts found inside, totaling 2,906 items altogether. 12 of these artifacts were designated National Treasures. They are all on display at the Gongju National Museum. Some of the representative treasures are the crowns worn by the King and the Queen, gold decorations for the crowns, gold earrings, necklaces, bronze mirrors, pillows, and foot pillows. Recently the tomb was permanently sealed to protect the treasures. You can look at the miniature of the tomb, however, an exact duplicate of the original, in the basement of the Gobungun Building.
Gallery   *Click images to enlarge 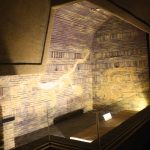 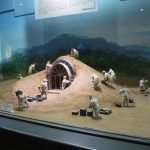 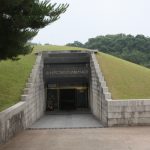 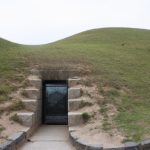 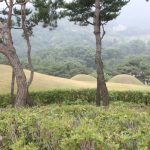 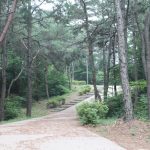 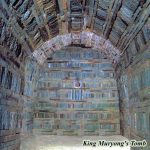 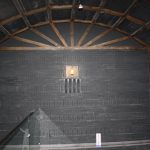 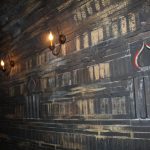 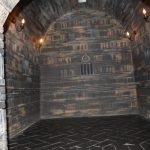 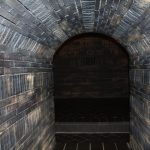 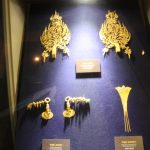 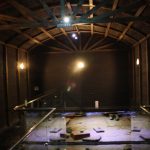