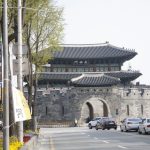 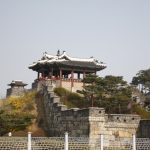 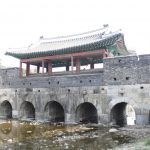 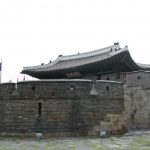 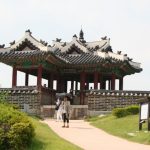 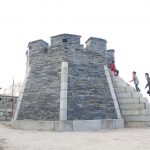 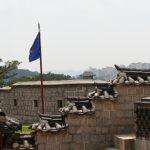 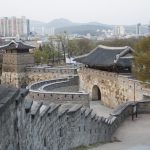 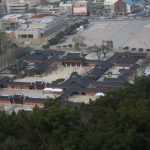 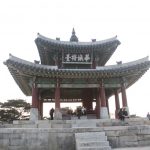 Hwaseong (Brilliant Castle/ Fortress) is the wall surrounding the centre of Suwon, the provincial capital of Gyeonggi-do, South Korea. This fortress was built from 1794 to 1796 by King Jeongjo of the Joseon Dynasty to house and honour the remains of his father Prince Sado, who had been murdered by being locked alive inside a rice chest by his own father King Yeongjo after failing to obey the command to commit suicide. Located 30 kilometres (19 mi) south of Seoul and enclosing much of central Suwon, the Fortress includes King Jeongjo’s palace Haenggung. The site was designated as a World Heritage site by the UNESCO in 1997. The Suwoncheon, the main stream in Suwon, flows through the centre of the fortress.
Construction of Hwaseong
Later, during the Joseon Dynasty, King Jeongjo made an ultimately unsuccessful attempt to make Suwon the nation’s capital in 1796. Part of this project was the construction of Hwaseong Fortress, a fortified wall running around the entire city partially intended to guard the tomb of his father, Prince Sado, which he had located there.
The walls were one of Korea’s first examples of paid labour, (corvéelabour being common previously). The walls still exist today, though they (together with the fortress) were damaged severely during the Korean War.
Hwaseong originally was constructed under the guidance of philosopher JeongYag-yong. Shortly after the death of King Jeongjo (1800), a white paper detailing the construction of the fortress was published. This proved invaluable during its reconstruction in the 1970s.
The fortress walls once encircled the entire city, but modern urban growth has seen the city spread out far beyond the fortress. The walls are now a designated UNESCO World Heritage site,[8] and often are used in materials promoting the city.

Transport
Suwon has several stations on Seoul Subway Line 1, which runs North-South through the city, namely Sungkyunkwan University, Hwaseo, Suwon and Seryu. The Bundang Line also crosses Suwon East-West, terminating at Suwon, and the Suin Line connecting Suwon Station to Incheon is under construction. Until 1973, the Suryo Line also connected Suwon to Yeoju.