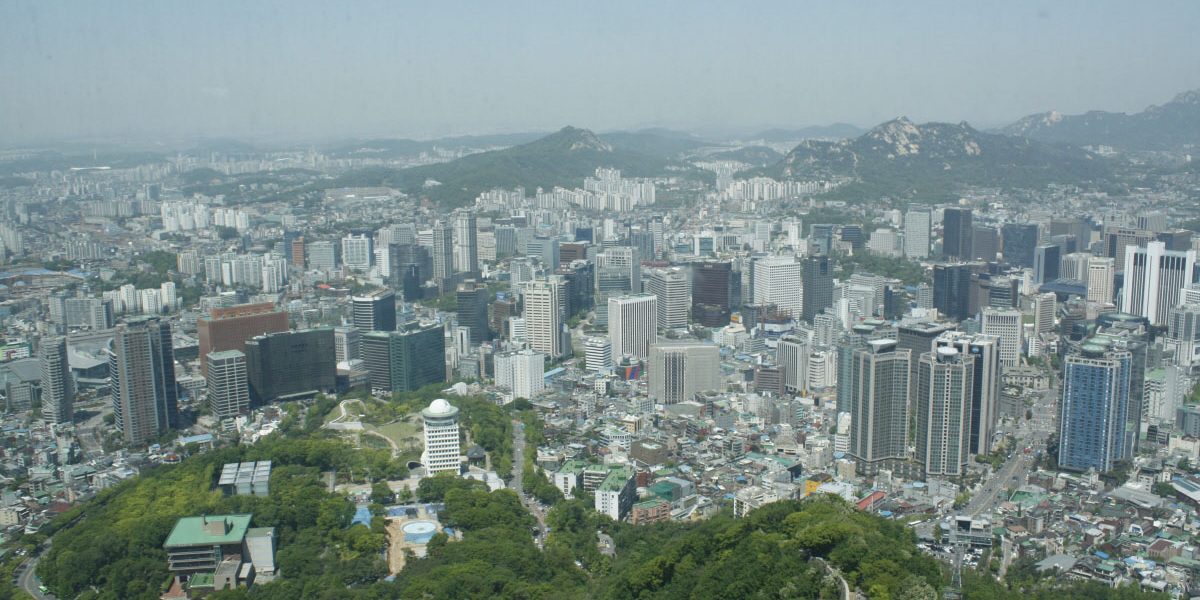 Insa-dong is a district in downtown Seoul that is packed with antique shops, antiquarian booksellers, art galleries, scroll mounters, craft workshops, brush shops, traditional teahouses, restaurants and bars that provide tourists with ample opportunities for an exciting cultural experience. The district had many places frequented by Korea artists, writers and journalists which have now begun to attract tourists from around the country and beyond. The Seoul Metropolitan Government designated Insa-dong as a District of Traditional Culture in 1988 and turns it into a car-free zone every weekend to create a more comfortable environment for visitors. Insa-dong. One of the most popular destinations among foreign tourists in Seoul, the district is packed with antique shops, art galleries, craft workshops, traditional teahouses, restaurants and bars.

Myeong-dong has long been the busiest and most thriving shopping district in Korea where high-end shops and luxurious boutiques attract shoppers from all across Korea and tourists from different countries in Asia with luxury goods, brand garments, cosmetics, shoes, fashion accessories and souvenirs. The district has also been the national hub of finance and culture as well as commerce since the Korean War (1950-1953) and, in the 1970s and 1980s, was frequented by Korea’s most energetic, fashion-conscious, outgoing people.
The position of Myeong-dong in the Korean fashion industry has dwindled somewhat in recent times, but its influence on the Korean fashion market remains significant. Many of the world’s top fashion brands maintain or have opened new stores in the district, winning back fashionminded shoppers from the newly emerging fashion streets in the Gangnam area as well tourists from overseas. The district also contains Myeongdong Cathedral, established in 1898 and a central figure to all Korean Catholics, and the historic Chinese Embassy. Jongno was one of the two districts, the other being Myeong-dong, that typified the early economic and cultural vibrancy of Korea in the 1970s and 1980s. There were, and still are, between today’s Jongno 2(i)-ga and 3(sam)- ga some of Seoul’s oldest movie theaters, the nation’s major bookstores, and famous private educational institutions including foreign language schools which keep the districts perpetually crowded with students.

Cheonggyecheon, a historic stream cutting across the heart of Seoul, was restored and remodeled a few years ago and quickly emerged as one of the city’s top attractions. In the past the stream was a source of water for the families living around it, but it began to be covered over in the 1950s, and the overpass built over it came to be regarded as a symbol of Korea’s industrial growth during the 1960s and 1970s. The overpass, however, was demolished in 2003 as part of the project to restore the stream, which was completed two years later. Cheonggyecheon Stream Plaza. An attractive space for relaxation and refreshment in the heart of downtown Seoul

Named after Rodeo Drive in Beverly Hills, and home to some of the most prestigious fashion stores in the region, Rodeo Street in Apgujeong-dong is widely regarded as the “mecca of Korean fashion” and a trendsetter in Korea. Rodeo Street is packed with luxury stores, including the flagship stores of the world’s top fashion brands, and upscale restaurants, cafes and bars. The street also contains stores selling special fashion items sought after by young fashionistas, and fully meets all the diverse needs of shoppers. In October, the street is transformed into the main venue for the Apgujeong Culture Festival which presents movies, hair shows, fashion shows, dance competitions and other exciting cultural events.

This street is home to various cultural and artistic institutions and theaters that not only show performing arts, such as plays, concerts, and musicals, but also screen movies. On weekends, a variety of outdoor performances also take place in and around the park, plaza, and streets, creating a youthful and romantic atmosphere.

Seochon, also known as Sejong Village, is not only the birthplace of King Sejong of the Joseon Dynasty but has also been home to many other historical figures.

It is also called the village of culture and arts as famous Korean writers and artists produced a variety works while living there after the Japanese Occupation.

As the country went through liberation, the Korean War, and rapid development in the 1970s, many hanok (traditional Korean house) disappeared from the streets of Bukchon between 1980s and 2000s. However, the government’s support and policy to preserve hanok have encouraged residents to return to tradition. Efforts to remodel hanok were focused on the residential area of Gahoedong, which boasts of a magnificent view. As a result, the hanok in the area were restored to embrace convenient modern features while maintaining traditional techniques and beauty, creating a representative hanok village in Jongno.

It was during the early 1990s that Hongdae, or the area around Hongik University, saw an explosion of cafes and live music clubs drawing young music lovers from all across Seoul, gradually turning it into one of Seoul’s most dynamic cultural areas packed with fun-seeking youngsters. What differentiate the streets of Hongdae from other similar districts are the live performances of indie bands held at the clubs scattered around the district. The bands cover a variety of popular music genres, including rock, funk and techno music, for the young audiences that gather there every evening.

The Hongdae district also contains numerous art galleries committed to displaying original works by emerging young artists. Some of these artists join with others devoted to other forms of art such as music and dance, to put on collaboration performances in the streets. Yeouido, which used to be a sandy island on the Hangang River in Seoul, went through a rapid development in the 1970s and is now home to many brokerage firms as well as the Korea Exchange (KRX). Other landmark buildings on Yeouido include the 63 Building, International Finance Center (IFC) Seoul, Federation of Korean Industries (FKI) Tower, and LG Twin Towers. The National Assembly Building and the headquarters of the Korean Broadcasting System (KBS) are also situated in the area. The island fills up with tourists during the Cherry Blossom Festival in spring and the Seoul International Fireworks Festival in October.

Literally “the tree-lined street of Sinsa-dong”, Sinsa-dong Garosu-gil is a street in Sinsa-dong in Gangnam-gu that is lined with gingko trees on both sides. The street and nearby alleys have recently grown into one of Seoul’s main attractions, attracting tens of thousands of fashion-minded people to its array of high-end coffee houses, art galleries, luxury boutiques and other fashion stores every day.

In the 1990s Garosu-gil began to attract ambitious young fashion designers, who opened shops along the road, eventually transforming it into a “fashion street.” The success of their shops was followed by the opening of other shops vending exquisite interior objects, furniture and personal fashion items. Garosu-gil of Sinsa-dong. A street busy with fashion-minded young shoppers

Itaewon, located south of Namsan Mountain in the heart of Seoul, is one of the most popular tourist destinations in the city, particularly among foreign tourists seeking shopping, fun and thrills in more comfortable surroundings.
The development of the district and the growth of its reputation among international travelers visiting Korea are largely related with the presence, since the Korean War (1950-1953), of the Eighth United States Army Base in nearby Yongsan, which relocated its headquarters to Pyeongtaek, Gyeonggido Province in July 2017. Today, the district contains a number of foreign embassies including those of Denmark, Belgium, Argentina, Romania, Lebanon, Hungary, Qatar, and the Philippines, as well as the Seoul Central Mosque and diverse foreign communities. Itaewon’s streets are packed with shops selling fashionable clothes and fashion items, nightclubs, bars and restaurants, many of them providing exotic, at least to Korean visitors, foods from Mexico, India, Vietnam and Turkey among other countries, and a distinctly cosmopolitan atmosphere. The district was designated by the Korean government as a Special Tourist Zone in 1997, and has since then held the Global Village Festival every October. Furthermore, street performances are held for foreign tourists on a daily basis.

Lotte World Tower is a 555m–tall skyscraper located in Sincheon-dong, Songpa-gu, Seoul. The tower has 123 floors aboveground and 6 floors belowground, and has a total floor area of 420,000 m2. Completed in December 2016, the multifunctional complex features offices, accommodation, and tourism and shopping spaces. As of its opening day, Lotte World Tower is the fifth tallest building in the world after United Arab Emirate’s Burj Khalifa (828m), China’s Shanghai Tower (632m), Saudi Arabia’s Abraj Al-Bait Clock Tower (601m), and China’s Ping An Finance Centre (600m).
The tower’s architecture was inspired by the curvature found in traditional Korean porcelain and brushwork.